The Discovery BioInformatics Core has a Ph.D.-level statistician (Dr. Constantin Georgescu) to assist with statistical issues, and we also have experience working with next-generation sequencing data (e.g., RNA-seq, CHiP-seq).  We have also developed software to identify genomic commonalities when given a set of genomic regions (Dozmorov et al., 2012).

The programs we have developed can be used for several purposes: 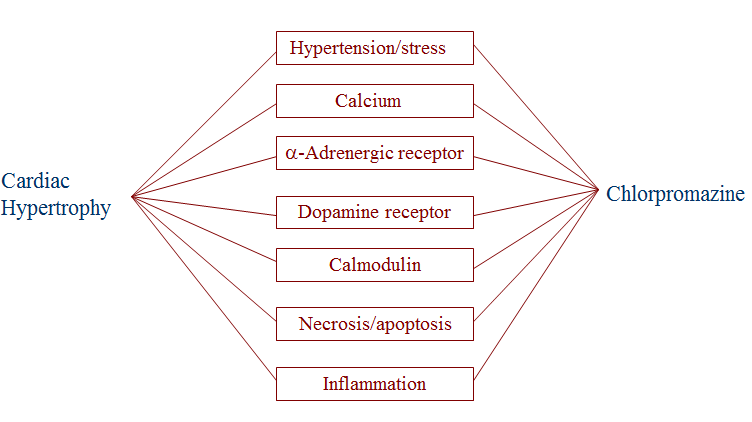 About 31% of human gene names do not appear in MEDLINE, nor do approximately 90% of human non-coding RNAs. And existing literature is heavily skewed towards well-known genes with 75% of effort focusing on 10% of genes (Edwards et al., 2011). We can predict what individual genes do and find genes related to phenotypes/diseases of interest (e.g., synaptic transmission, sarcopenia). We have developed software that analyzes over 75,000 human microarray experiments to identify genes correlated across heterogeneous conditions (Dozmorov & Wren, 2011a,b; Wren, 2009) that can then be linked back to what they have in common in MEDLINE (Figure). Phenotype prediction has been 85% accurate in wet-lab experiments (48 positive out of 56 tested) and several formerly uncharacterized genes successfully validated (Towner et al, 2013a; Towner et al., 2013b; Clemmensen et al., 2012; Lupu et al., 2011; Daum et al., 2009).

By analyzing gene-gene correlations in prior experiments, we can identify how many of your differentially expressed genes are normally regulated together and how many may be unique to your particular experimental question. For example, when the top 100 genes up-regulated in the blood of autoimmune patients were analyzed with GO enrichment analysis software, their only strong association was with ribosome-related genes. By looking at how these 100 are normally correlated, two groups emerged – a ribosomal group normally expressed together (red block) and an immune group normally anti-correlated with the ribosomal set (green). This led to a different interpretation of the experiment – that it was not merely a ribosomal “signature” associated with autoimmune flare-ups, but it was increased ribosomal creation plus immune activation (green block) that was associated with the flare-ups (Edgar et al., 2015).  This type of analysis can also be used for the analysis of DNA methylation data obtained from the Targeted DNA Methylation & Mitochondrial Heteroplasmy Core. When analyzing genes whose promoter methylation status changes between experimental and control conditions, an important consideration is to know which of the genes are normally transcriptionally correlated.

We are working on meta-analytic approaches to extract the age of patients from GEO descriptions and then statistically control for as many co-variates as possible to determine whether or not a gene increases or decreases with age. As with any meta-analytic approach, it is not a single trend but the weight of evidence that we attempt to assess. Shown here is an analysis of how CD248 changes with age in human peripheral blood, which was identified in two studies on gene expression changes with age as being decreased in both. As the figure shows, in 10 different large studies that record age with their control samples, after controlling for gender and microarray platform, CD248 consistently decreases with age.

Please leave your information below regarding the services you would like to discuss with the core directors.  It is a requirement that those submitting a proposal for the Pilot Awards discuss their project with the appropriate core director before the proposal is submitted.

​If you have a Question​ or need More Information about our services, please send ​us your request and we will contact you soon